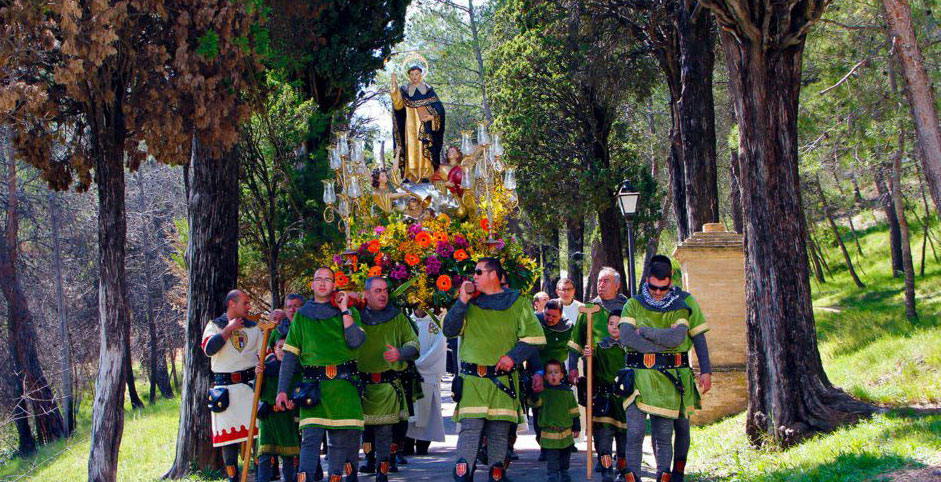 The feast called Miracle of Agullent, includes in its program one of the oldest nightly pilgrimages of Valencia which is a good reason to come to this small town in the Vall of Albaida. Each first Friday of September, at night, neighbors and visitors go up to the chapel of Sant Vicent Ferrer with lanterns and torches with the aim of remembering the miracle of the plague. Everybody sing all together and after that wait in line for having some miraculous oil of Sant Vicente´s lamp.

Beyond the religious beliefs, “ Nit de les fogueres d’Agullent” has become over the centuries an excellent testimony of the festive heritage of the land. An act of high historical, cultural and ethnological value declared by the Department of Tourism as Feast of Tourist Interest.

This tradition has been kept alive continuously for more than four hundred years and is linked to a singular population as well as to the celebrations of Agullent in September (days 6, 7 and 8 in 2013). The natural and architectural assets of the town offer a spectacular environment for those events.

As part of these celebrations, the Dance takes place on the main square on the first Saturday of September in the evening. Dancers come out on the square, make a big circle and dance while the music band set up the rhythm. 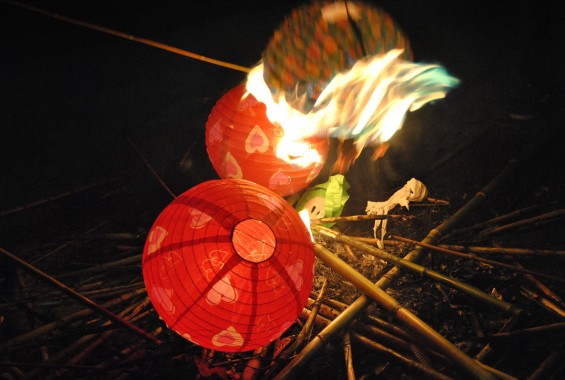